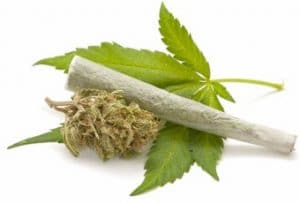 Recent researches have shown that men who use marijuana more than once a week experience a significant drop in sperm count. The difference between them and men who are light users or do not use at all is on average 29%.

According to a new study, smoking pot more than once a week may lower men’s sperm counts by about a third.

The men who smoke marijuana more than once a week and those who do not smoke marijuana (or light users) were involved in the research, and it was discovered that the sperm counts of the first group were 29% lower.

Tina Kold Jensen, of the University of Copenhagen in Denmark reported that, in the opinion of the researchers, the drop in sperm count can be described as “quite a lot”’.

Unfortunately, it is still unknown why marijuana is responsible for a drop in sperm count, but some think it has something to THC.

THC is marijuana’s psychoactive ingredient, and the researches reported that it interacts with some receptors in the testes.

Sperm Counts were Reduced by 55%

In the research, 1215 Danish men ages 18 to 28 were asked to say if they used marijuana or even some other drugs, as amphetamine, ecstasy and cocaine in the past three months and about the frequency of using it.

The semen samples are also collected, for measuring the men’s sperm counts and concentrations.

About 45% of the participants admitted they had smoked pot within the past three months, and about 10% reported on using marijuana and other recreational drugs.

Additionally, the study showed that the sperm counts were reduced by 55%, and the sperm concentrations dropped for 52% in the men who used marijuana and other recreational drugs.

Also, it was discovered that the men who used marijuana within the past three months were more likely to smoke cigarettes, and consumed more alcohol and caffeine than those who had not.

These bad habits also could have affected the men’s sperm levels, so the researchers took them into account. Jensen, however reports, that after the study it’s still not proved that the drug caused the lower sperm counts.

“We cannot exclude the possibility that the men who used marijuana generally have an unhealthier lifestyle which also affect the quality of their semen and hormone levels,” the researchers said in the study.

Dr. Michael L. Eisenberg of Stanford University School of Medicine, who was not involved in the study, wrote in an editorial accompanying the study in the journal, “It is important to note that marijuana users were distinct in several ways from nonusers. And although the researchers adjusted for these differences, such as higher rates of cigarette smoking and alcohol consumption, they could have still confounded the potential effects of marijuana on sperm.’’

Still, Eisenberg wrote that the new study “provides important information for patients and providers regarding the negative association between marijuana use and semen quality.”

So for those of you who have problems with sperm counts, stay away from marijuana. And if you want to improve your sperm production, we recommend product that is safe and proven to increase semen production up to 5 times.

To be sure, low sperm count reduces the sensation of ejaculation, decrease your sex life happiness, which may have an effect on the overall relationship.